The Geography of Science: Student assignment with Google Earth

You have two general choices for this assignment:

1.       Mark ten scientists or philosophers on Google earth and

b.      write in the description area what their contribution is/was to the scientific community

2.       Pick one scientist and map / mark on Google earth at least five other really important things that were happening at the same time s/he did their research. Be sure to indicate the time frame you are using. Please do not go broader than a twenty year time span if your person did his/her work in 1800 or later.

i.      Cultural- plays that were written, works of art that were made, music, performances, visual arts, theater, literature,

ii.      Political- something had to be happening in some country at the time your scientist was doing his/her work

iii.      Other inventions / discoveries happening at that time

iv.      Health events- what was the disease that was wiping out populations at that time and where was it happening?

v.      Religion, philosophy- were any great thinkers/leaders doing their stuff at that time?

vi.      Science / technology- other than the scientists or philosophers on this list. If you want to use them, then do choice 1.

b.      In the description bubble, describe the significance of the event / person / item you are choosing. Why is it worth mentioning?

If you can access a Timetables of History book, you can find this information really easily. This website may also help you find connections for a particular year. http://www.timemaps.com/history
http://www.hyperhistory.com/online_n2/History_n2/a.html may have information to help you. I was very impressed with how it is organized- it is close to the Timetables of History book (one of my favorites).

To turn in your work, make a copy of everything you wrote for each spot. Also give the coordinates. If I can figure out how you can easily export your list or if it is easy for you to do screenshots of your markers and descriptions, then do that. Do whatever is easiest for you to document you completed this project.

Democritus was a philosopher who was the first one to propose the idea of atoms. There is a limit to how many times something can be divided.

Student of Plato. He was considered to be the philosophic leader of the ancient world.

Socrates used dialogue to educate others. He challenged others to think and express their ideas in a discussion.

Rivalry between Athens and Sparta

Had a tremendous influence on the Great Peloponnesian War. Thucydides was a historian at the time who took careful notes. His writing has let us have an idea of what the illness was like. Because of his work, it is thought that the cause of that plague is no longer in the population. Notthing that we know of today matches his descriptions. 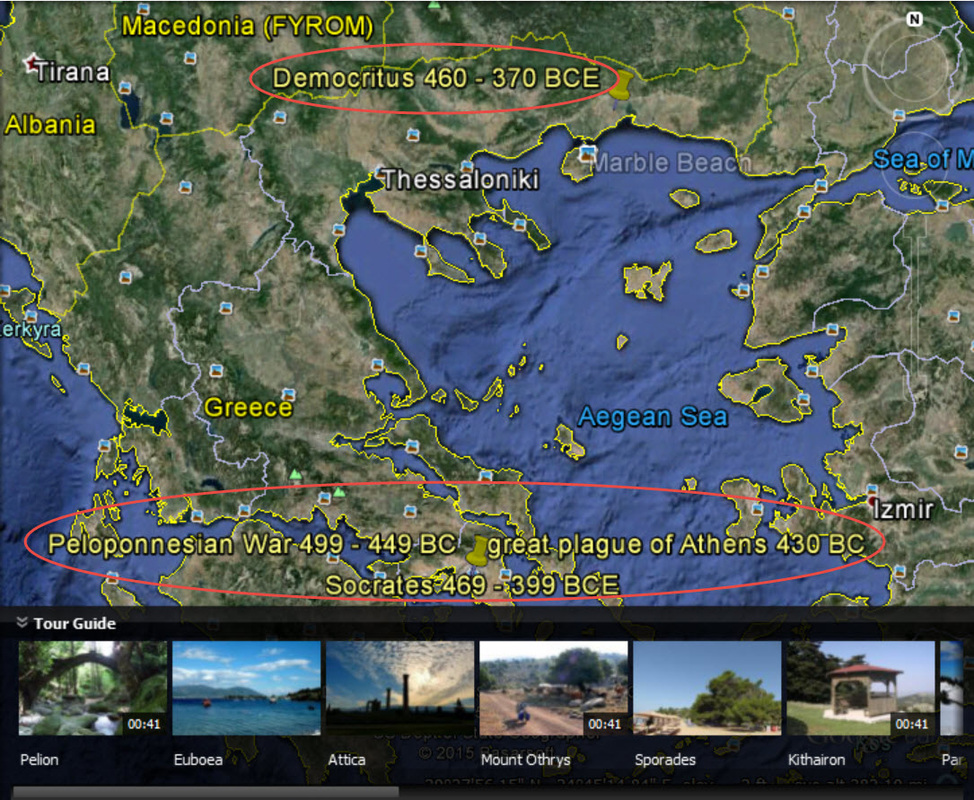 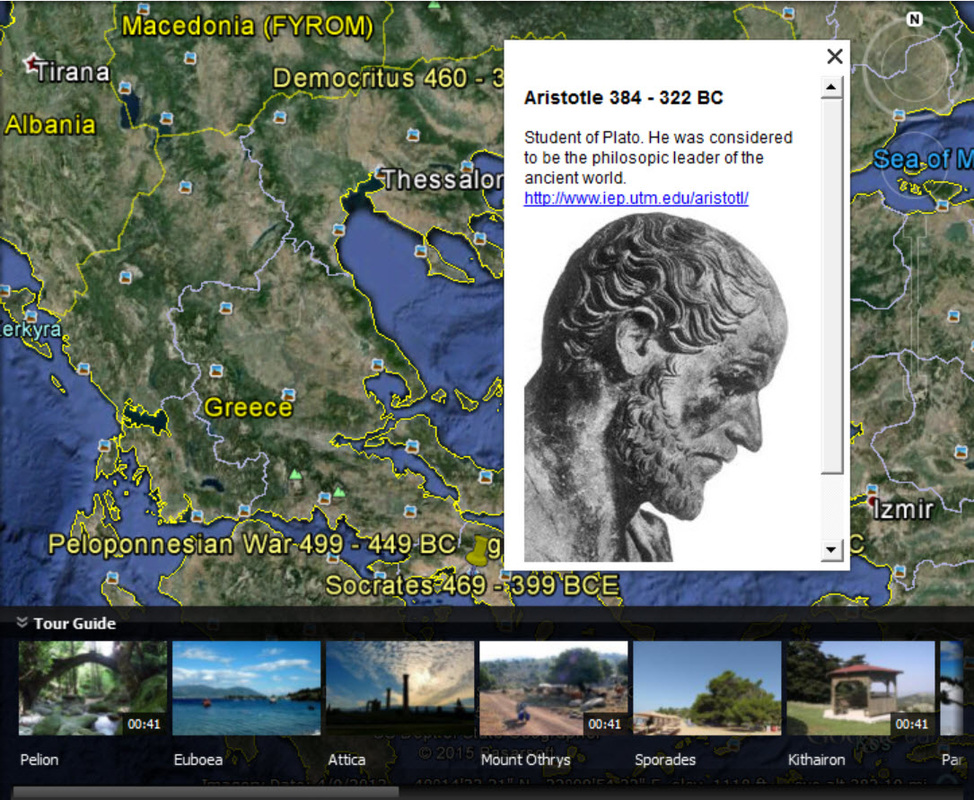 The map did not show my marker for Aristotle, so I took another picture to prove I have him on the map in this place. 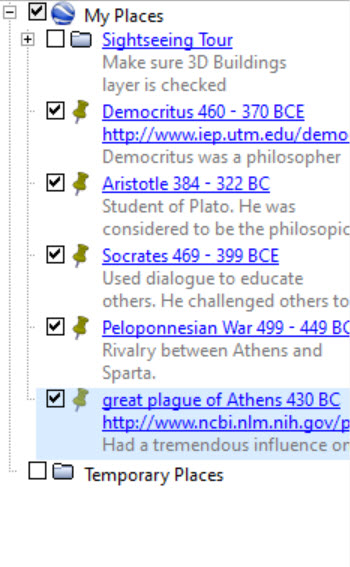